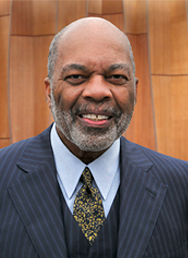 Fred Sawyer, ATS’ founder and Chief Executive Officer, attended Virginia State University, a Historically Black College or University (HBCU), and majored in physics. Fred was a gifted football player and was a late-round draftee by the Chicago Cardinals of the National Football League (NFL). After college, Fred served in the U.S. Army for 21 years, retiring as a “full bird” colonel. He was an airborne/ranger with the world renowned 82nd Airborne Division and with XVIII Airborne Corps. He served two combat tours in Vietnam and commanded Army units around the world. Along the way, Fred acquired three masters’ degrees and a Ph.D. in engineering and mathematics. After military service, he worked as a senior engineer and project manager for GE Aerospace. Upon leaving GE, Fred started his own engineering firm.

During the late 1990s, Fred was awarded a contract with the U.S. Department of Transportation to validate a method for tracking trains (especially in tunnels) using radio frequency transponders and inertial navigation technology. Fred recognized the vast potential of Radio Frequency Identification Technology (RFID) and started pursuing the technology in 1999. At the time, the RFID industry was in its infancy stage.

Organizations were working on improving RFID read ranges between tags and readers and proprietary tag-reader protocols. There were no RFID standards. RFID readers were dumb readers. The conventional RFID systems employments were used to detect tagged objects entering a highway’s toll booth, entering a dock door, or flowing along a conveyor belt in a facility. However, the visibility of the tag object was lost once the tagged object left the toll booth, the dock door, or the conveyor belt. Fred’s invention was the first to deal with the visibility problem. 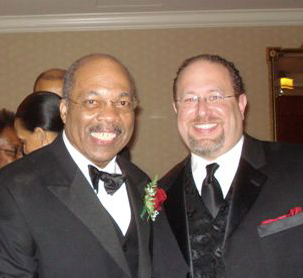 In 2003, Fred deployed his RFID system in the Seat Pleasant, Maryland Police Department to track physical evidence, weapons, and equipment. In 2005, Fred won a RFID integration contract with the U.S. Army. He assembled a team of electrical engineers, software engineers, and system engineers and integrators prior to the Army’s RFID effort shutting down two years later because of internal politics in the Department of Defense. Around 2007, much larger firms began to enter the RFID marketplace. These large firms had an abundance of resources and ran roughshod over smaller firms. Fred found that securing operating capital to compete with the much larger firms was extremely difficult at the time. Later, Fred partnered with Adam Malamut (a successful attorney and accomplished businessman) and changed the firm’s business model to one of licensing its patented RFID technology to others.